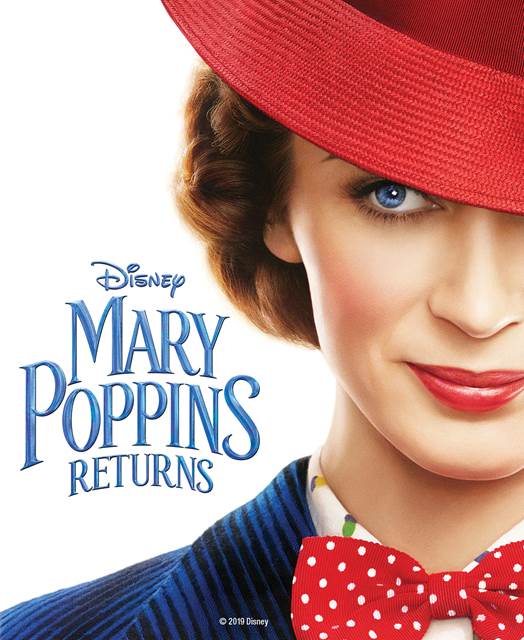 Disney’s Mary Poppins Returns will be available to own on digital download starting March 12th and on Blu-ray/DVD starting March 19th. We have a chance for a few of our readers to win a digital copy!

Bonus material explores the making of “Mary Poppins Returns,” going behind the scenes with the star-studded cast and crew who collaborated to make even the impossible possible. Extensive extras include a trip down Cherry Tree Lane with original cast member Dick Van Dyke, a sing-along version including the heartfelt Academy Award®-nominated “The Place Where Lost Things Go,” bloopers, deleted scenes, a deleted song and filmmaker commentary. Features also reveal the magic and moxie that went into creating large-scale musical production numbers, such as “Trip a Little Light Fantastic,” a rousing song-and-dance number led by Jack and his fellow lamplighters; “The Royal Doulton Music Hall” and “A Cover Is Not the Book,” showcasing the tremendous talents of  Blunt and Miranda; “Turning Turtle,” an upside-down sequence featuring Meryl Streep as Mary’s eccentric Cousin Topsy; and “Can You Imagine That?” an underwater adventure with Mary Poppins and the Banks children.