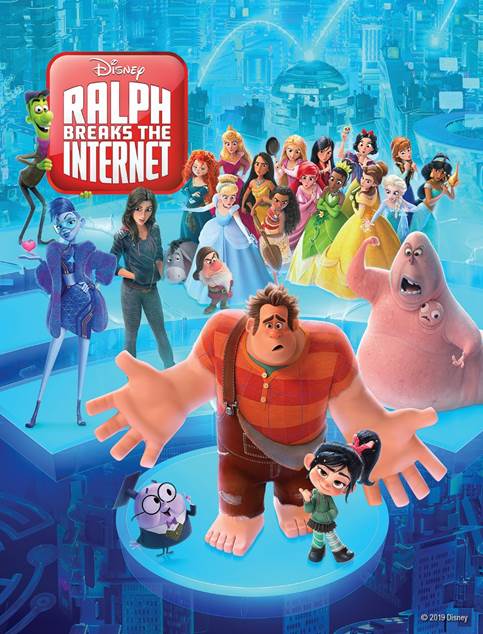 Disney’s Ralph Breaks The Internet is now available to own on Blu-ray/DVD and we have a chance for a few of our readers to win a digital copy!

Walt Disney Animation Studios’ “Ralph Breaks the Internet,” the animated adventure featuring video-game bad guy Ralph (voice of John C. Reilly) and fellow misfit Vanellope von Schweetz (voice of Sarah Silverman), raced to No. 1 opening weekend (the second biggest Thanksgiving opening of all time), winning the top spot at the domestic box office for three consistent weeks and grossing more than $435.1 million to date. In the hilarious, highspeed sequel to 2012’s Oscar®-nominated “Wreck-It Ralph,” the besties risk it all by traveling to the expansive, fast-paced world of the internet in an action-packed attempt to save Vanellope’s game Sugar Rush. “Ralph Breaks the Internet” is available instantly on Digital 4K Ultra HD™/HD/SD and Movies Anywhere Feb. 12 and physically on Blu-ray and DVD Feb. 26.

“Ralph Breaks the Internet” arrives home with a wide-range of exclusive extras, taking fans behind the scenes at Walt Disney Animation Studios to explore how artists created the film’s vibrant version of the internet — from comical cat videos to the intense online game Slaughter Race to shady characters on the Dark Net. Features also reveal some Easter eggs — inside jokes and references to other Disney films and characters hidden throughout the film — and filmmakers introduce some never before revealed deleted scenes.