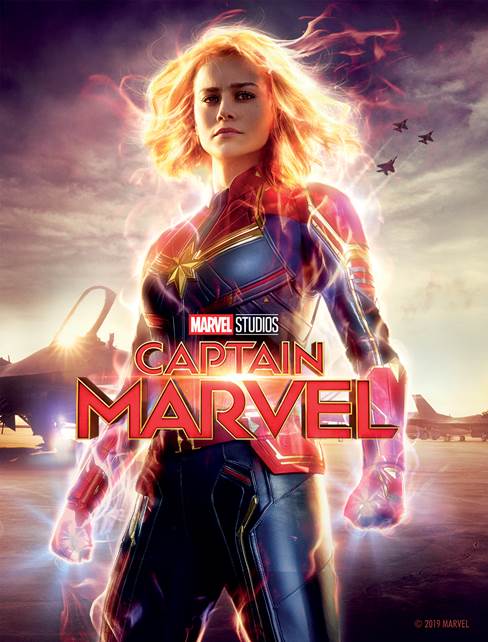 Marvel Studios’ Captain Marvel will be available to own on digital download starting May 28th and on Blu-ray starting June 11th. We have a chance for a few of our readers to win a digital copy!

The spectacular, 1990s-era Super Hero adventure, which electrified and inspired audiences worldwide and surpassed $1 billion in ticket sales, is available on Digital in HD and 4K Ultra HD™ and Movies Anywhere May 28, and lands on Blu-ray™ and Blu-ray 4K Ultra HD™ June 11.

Arriving home with extensive line-up of extras detailing the development of this highly anticipated addition to the Marvel Cinematic Universe (MCU), “Captain Marvel” includes Featurettes that highlight the transformative journey of Brie Larson (Captain Marvel) and her character’s impact on audiences around the globe; the influence of Nick Fury (Samuel L. Jackson) on significant events within the MCU; the perfect pairing of directors Anna Boden & Ryan Fleck; the ongoing conflict between the Skrulls and the Kree; and the raw talent behind the fetching feline named Goose. Viewers also gain access to six deleted scenes, director commentary, a gag reel loaded with funnies, flubs and Flerkens, and never-before-seen concept art and production photography.

Check out a new trailer here: