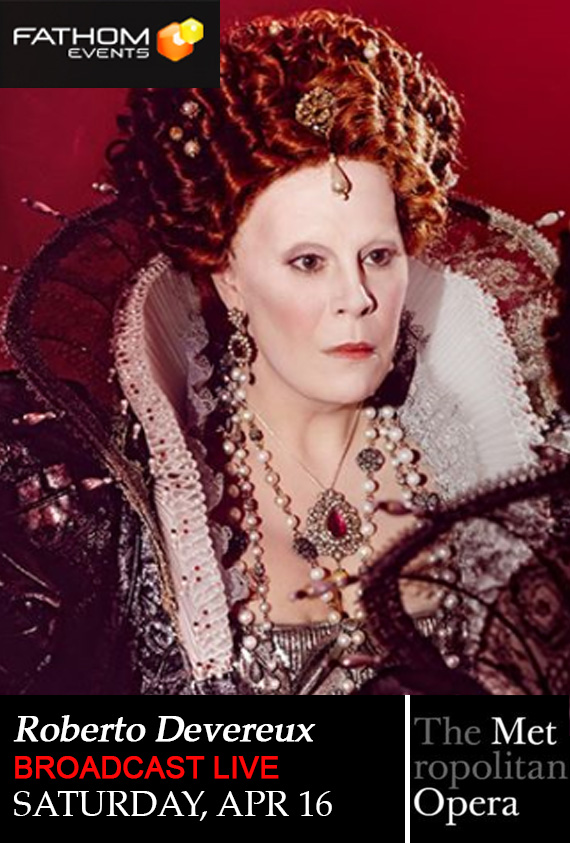 Enter to win a pair of tickets to the April 16th, 2016 live broadcast of The Met: Live in HD’s ROBERTO DEVEREUX (Donizetti) at Regal Cinemas in Abingdon. The show starts at 12:55pm. Winner(s) will be chosen on April 15th, 2016 and notified via email.

Special Fathom Features: Go behind the scenes with the Met’s stars! During intermission, interviews with cast, crew, and production teams give a revealing look at what goes into the staging of an opera.

ABOUT: In this climactic opera of the trilogy, directed by Sir David McVicar, Sondra Radvanovsky plays Queen Elizabeth I, forced to sign the death warrant of the nobleman she loves, Roberto Devereux. Tenor Matthew Polenzani is Devereux, and mezzo-soprano Elīna Garanča and baritone Mariusz Kwiecien complete the principal quartet in the bel canto masterpiece, directed by Sir David McVicar and conducted by Donizetti specialist Maurizio Benini.