Enter to Win a Digital Copy of Thor Ragnarok 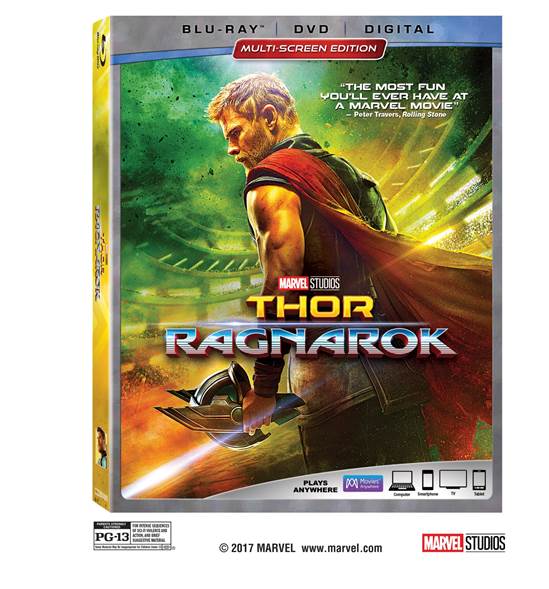 Thor Ragnarok is now available to own on Blu-ray/DVD and we have your chance for a few of our readers to win a digital copy!

Marvel Studios’ “Thor: Ragnarok,” the God of Thunder’s third installment in the Marvel Cinematic Universe, electrified both audiences and critics alike reaching over $845M at the global box office. Now the colorful cosmic adventure, loaded with action, humor, drama and spectacle, bursts into homes Digitally in HD and 4K Ultra HD™, and Movies Anywhere, on Feb. 20 and on 4K Ultra HD™, Blu-ray™, DVD and On-Demand on March 6.