“To me there is no picture so beautiful as smiling, bright-eyed, happy children; no music so sweet as their clear and ringing laughter.”- P.T Barnum

Wednesday March 16th Marked the return of “The Greatest Show On Earth” to the Royal Farms Arena in Baltimore.  Ladies, Gentleman and Children of all ages quickly packed the arena for the pre-show activities and were glued to their seats until the house lights rose at the end of the night.

This year brought us their newest incarnation, “Circus Xtreme”, which features Glowing Aerialist, BMX riders, Slackline and Parkour and Art on Trampoline in addition to all our classic circus favorites like the Asian Elephants and the always hysterical Clown Alley. Lead by our Ringmaster David Shipman the audience was entranced by a cavalcade of entertainment that can only be described as “Xtreme”. Our ringmaster would have made even the likes of P.T Barnum proud with his intense delivery of story and evocation of family friendly magic. A true story teller indeed. Shipman has all the makings of a true “carnival barker” while having the eloquent sensibilities to keep the audience awed in wonder. A delicate balance that few posses. 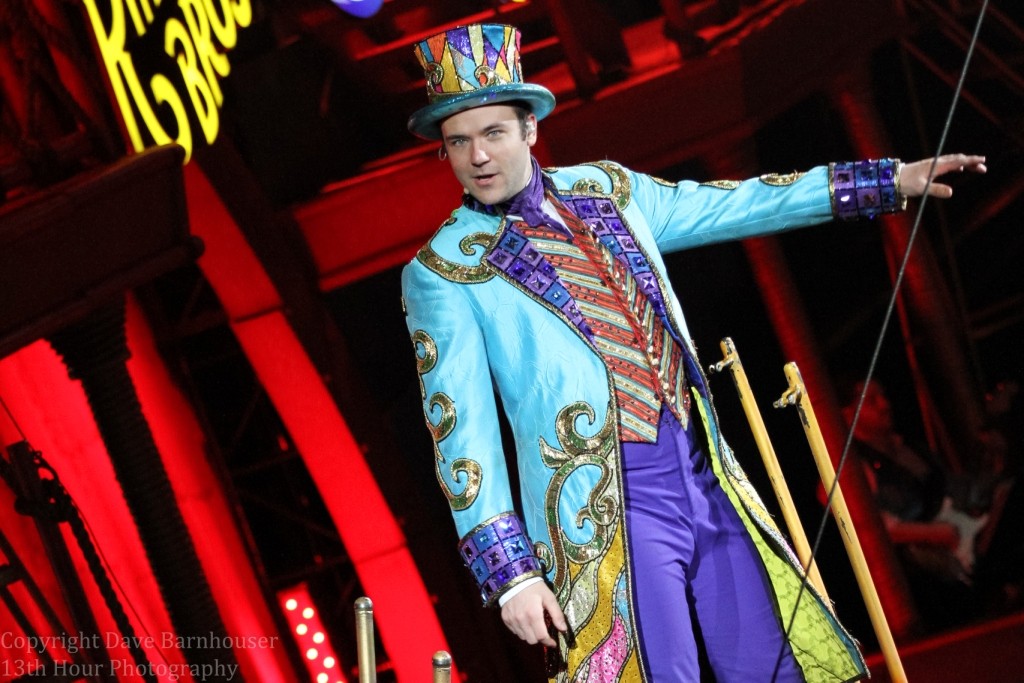 We are quickly introduced to Alex and Irnia who serve as a bit of comic relief and a whole lot of fun. They appear throughout the show and have what can only be described as an amazing “poodle act”.  If you are a dog lover this is a must see. 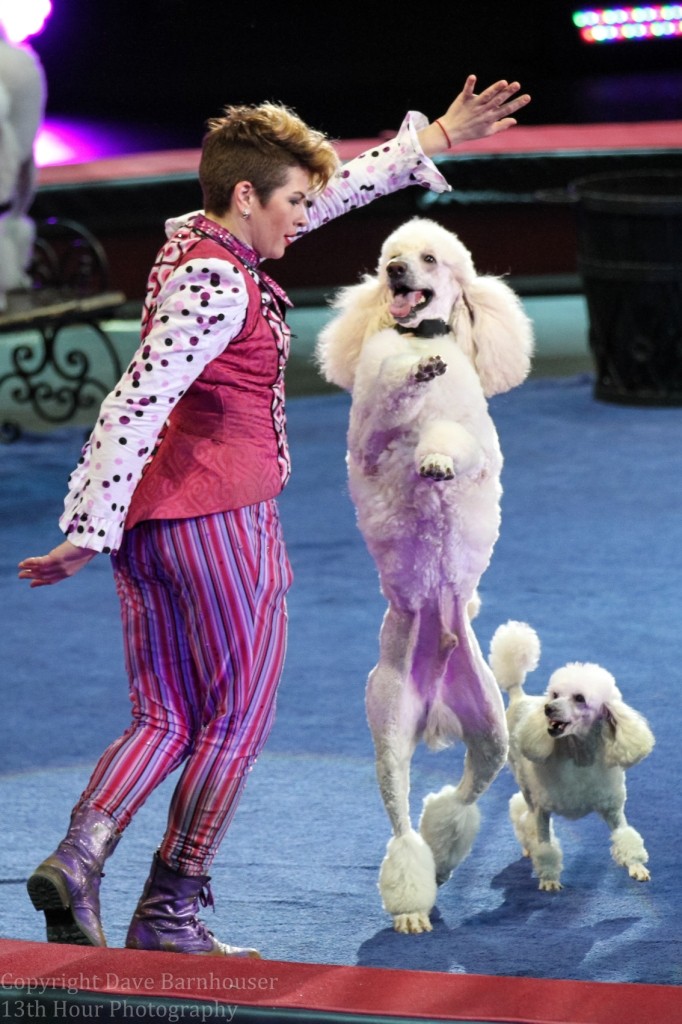 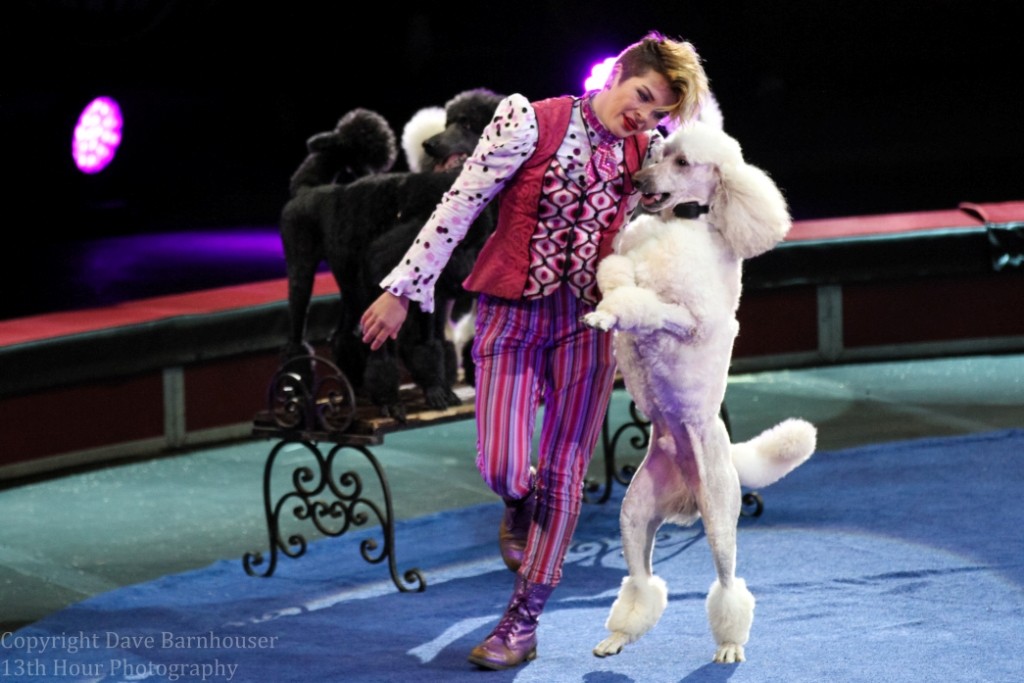 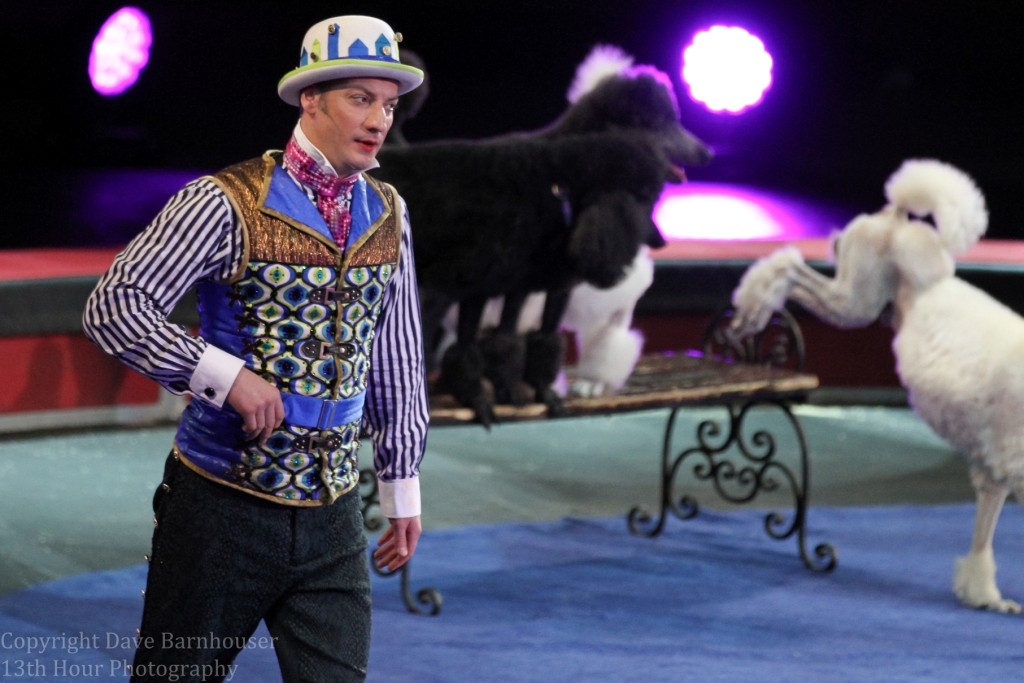 Keeping with the Xtreme theme, we are introduced to Gemma “The Jet” Kirby who literally gets shot out of a cannon and is one of the most thrilling things I have ever laid eyes on. Death defying with all of the showmanship of Carnivals of old. Kirby is like a beautiful Evel Knievell with a touch of rock and roll.

We were amazed by the strength and agility of the Mongolian Marvels, wowed by the dancing camels under the guidance Robert Stipka, and excited by the always electric Benny Ibarra. The Danguire troop continued to keep the audience in suspense with their thrilling high wire act. The entire globe must have been scoured in order to find this eclectic group of talent.

The nights most extreme segment came under the Fearless Tiger Tamer, Tabayara Maluenda who echoes in the tradition of the Great Gunther Gabel Williams. Maluenda braved the circular cage surrounded by 14 tigers . The tigers danced and jumped on command and showed they have such a strong bond with Maluenda, that you almost lose sight of how dangerous they actually are. 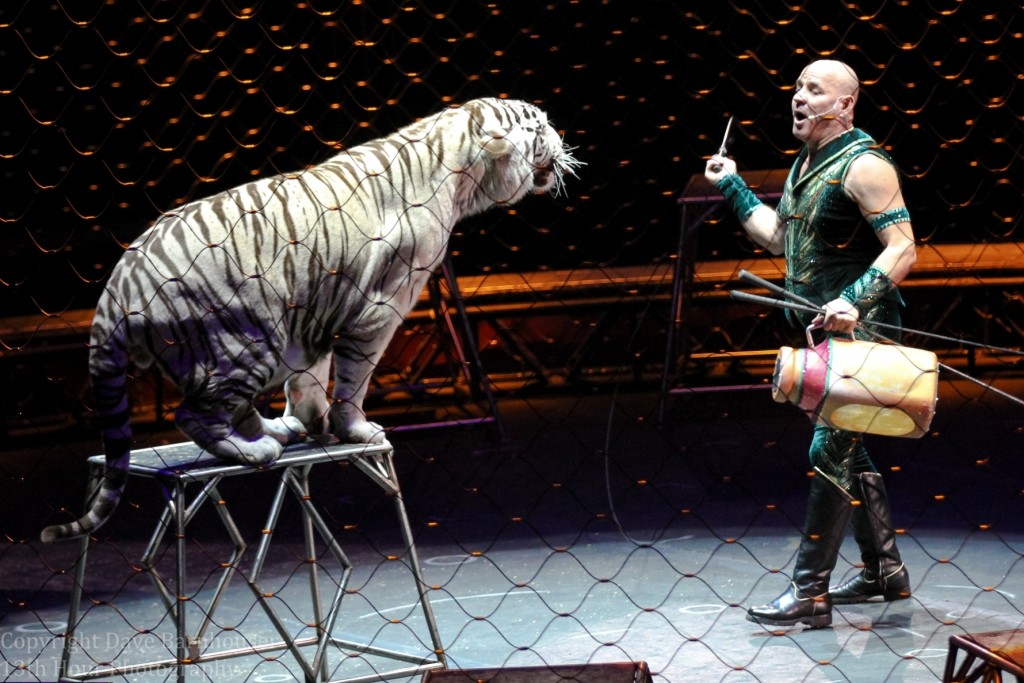 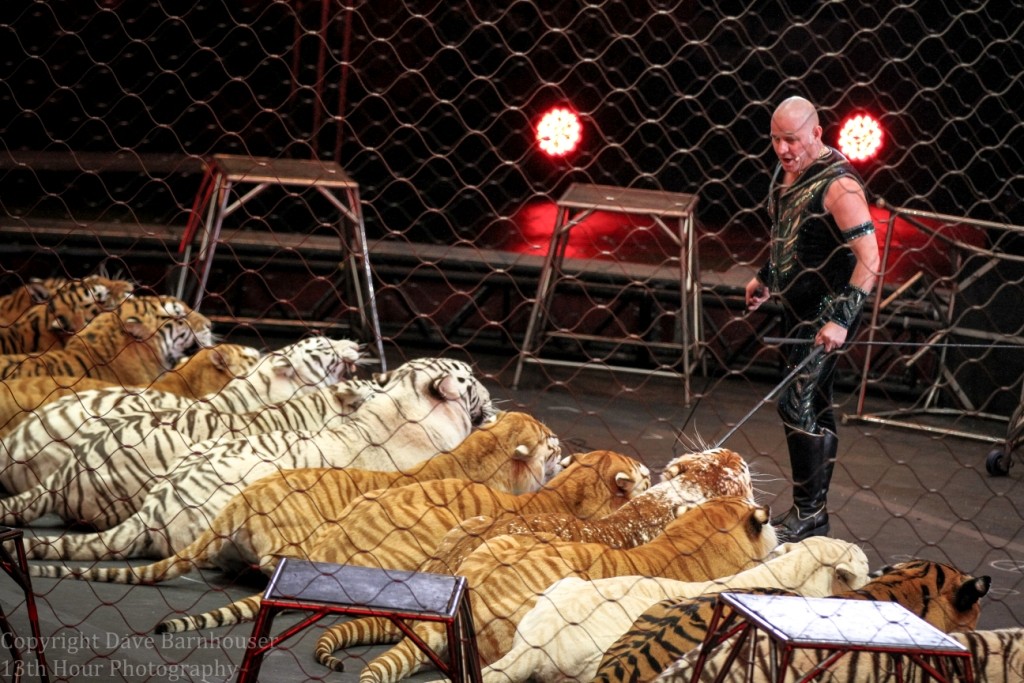 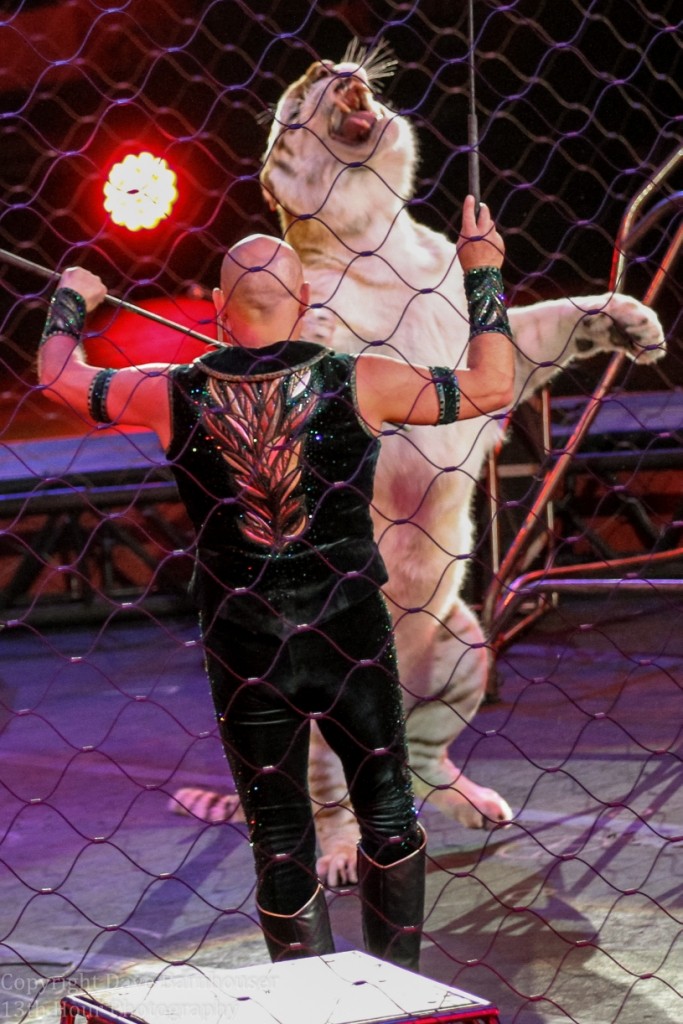 This year marked a new era for Ringling Brothers and Barnum & Bailey Circus. They have once again evolved and managed to put a new modern twist on “The Greatest Show on Earth” while still honoring the magic of the past. This marks their 145th edition of the show and there are no signs of stopping. As the old adage goes “The show must go on” and in this case I hope it always does.

The show runs from March 16-27, 2016 and the Royal Farms Arena in Baltimore and from March 31st -April 3rd, 2016 at the Verizon Center in Washington DC. Be sure to arrive one hour early to meet the animals and performers!

Tickets can be purchased by clicking here. 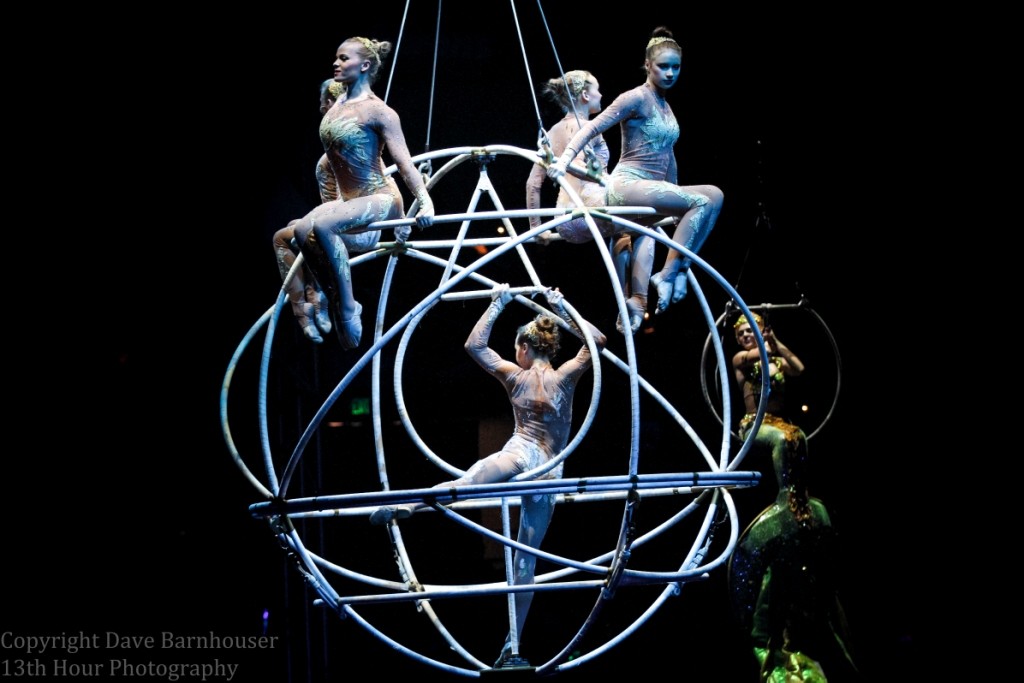 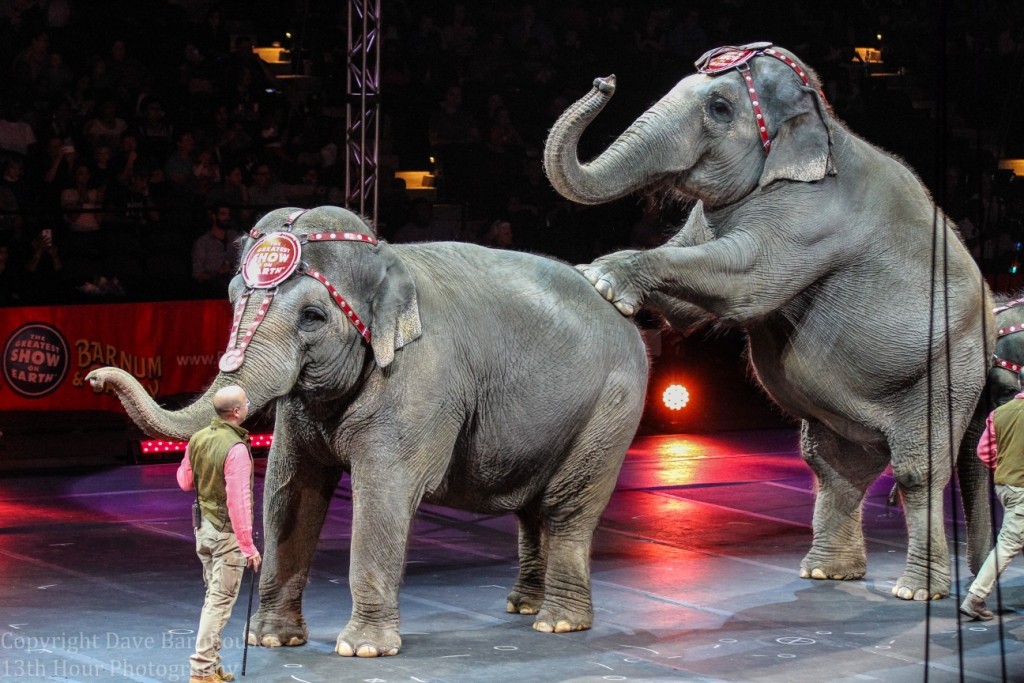 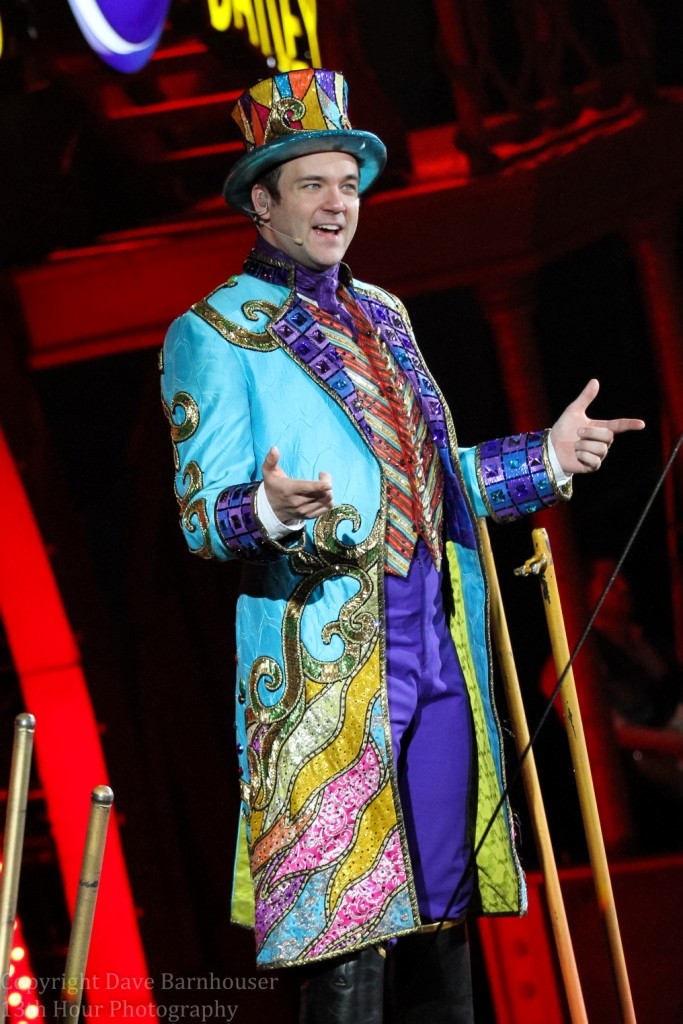 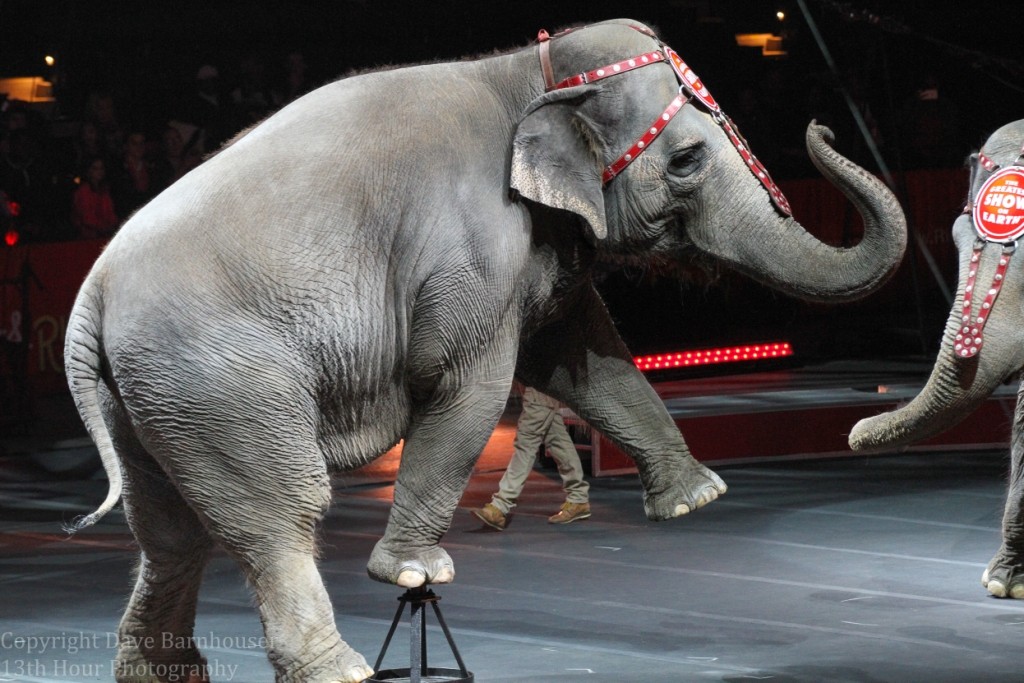 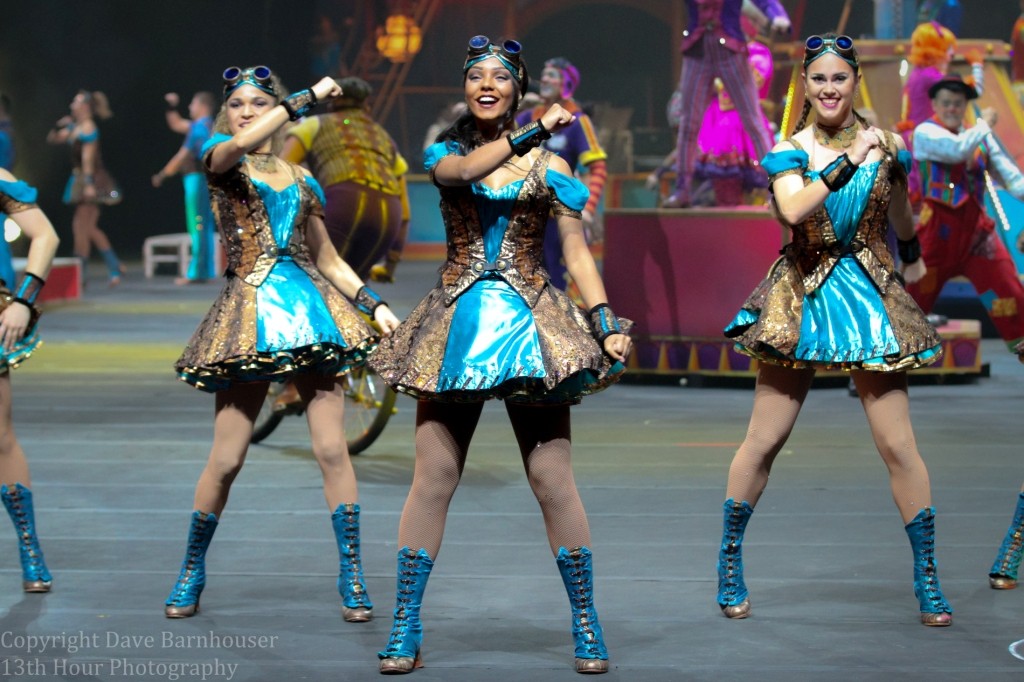 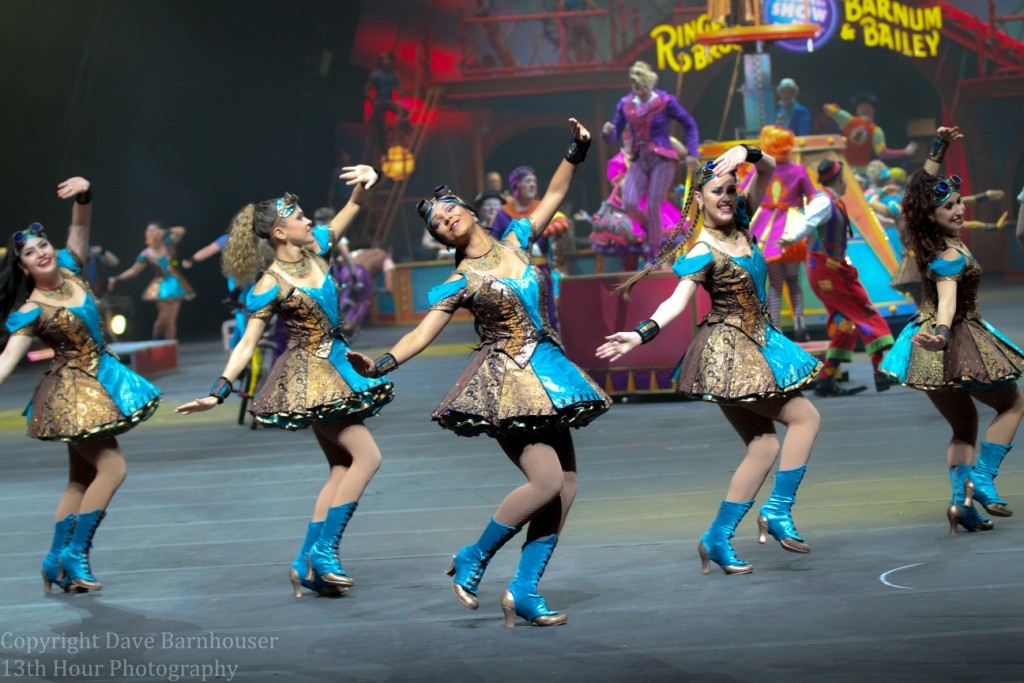 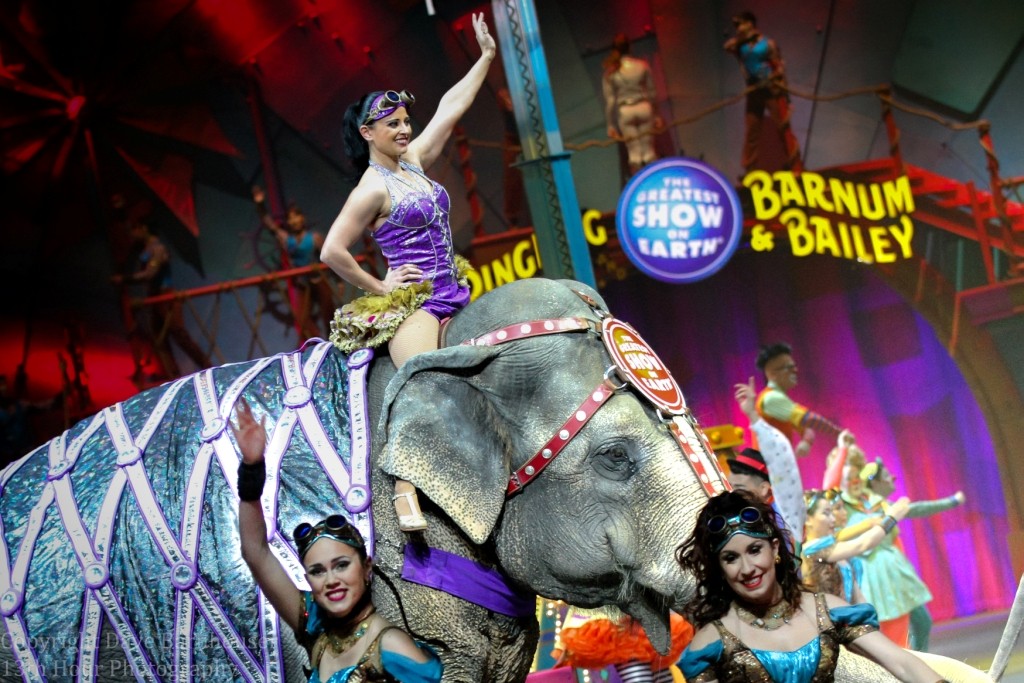 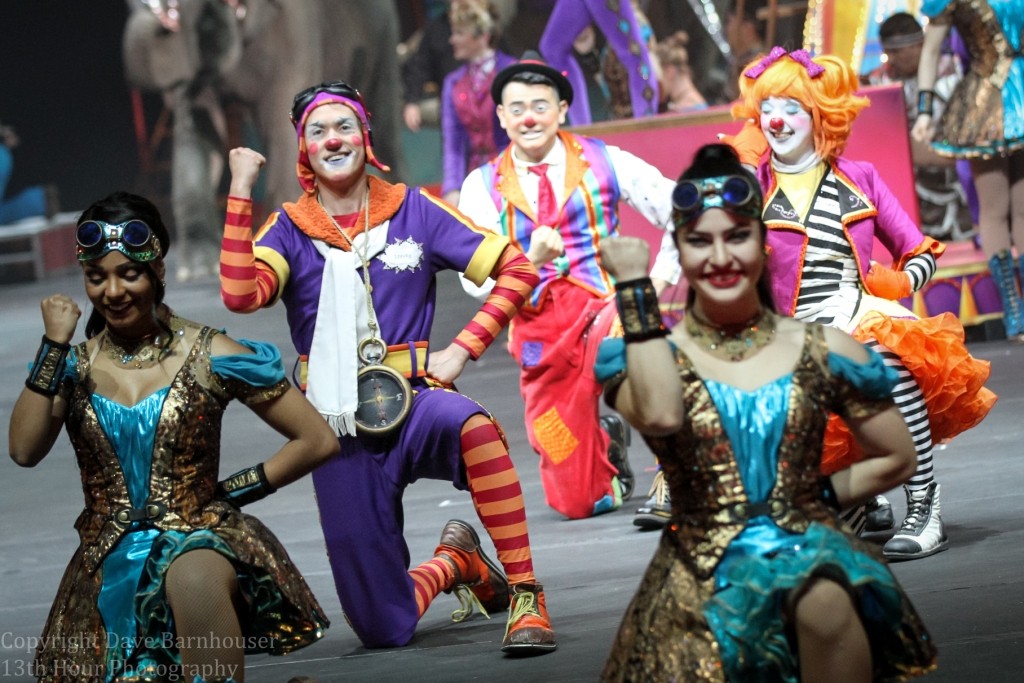 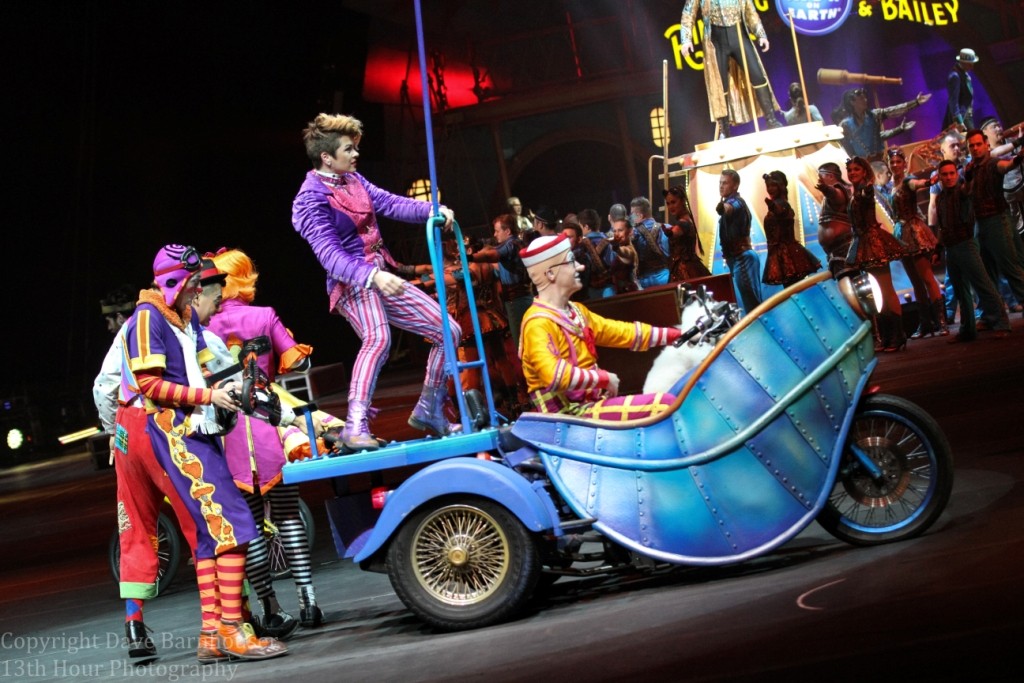 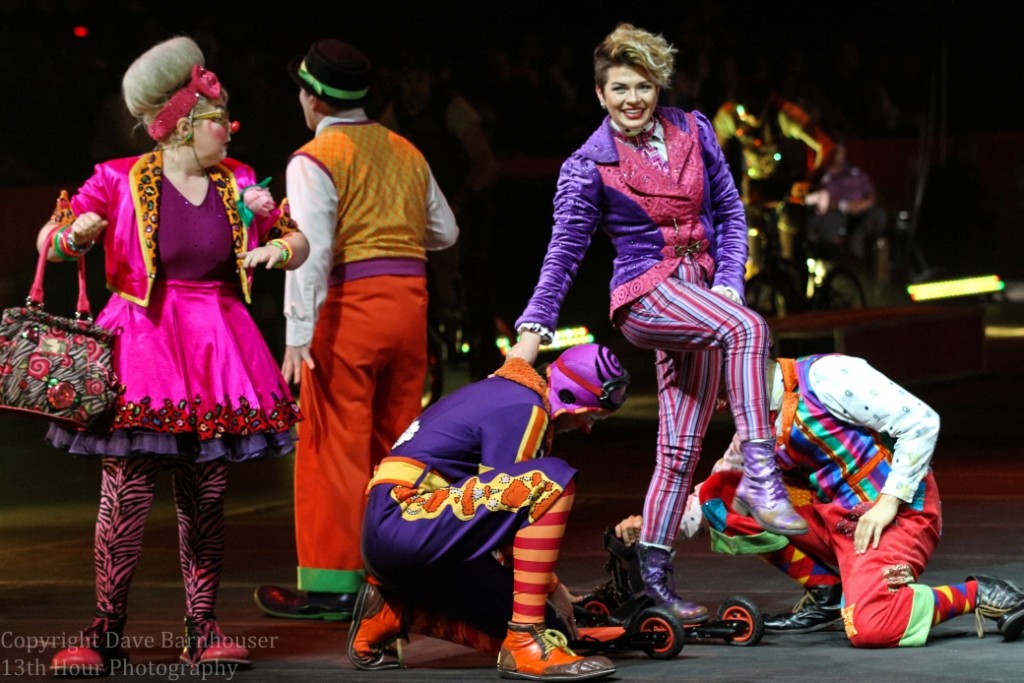 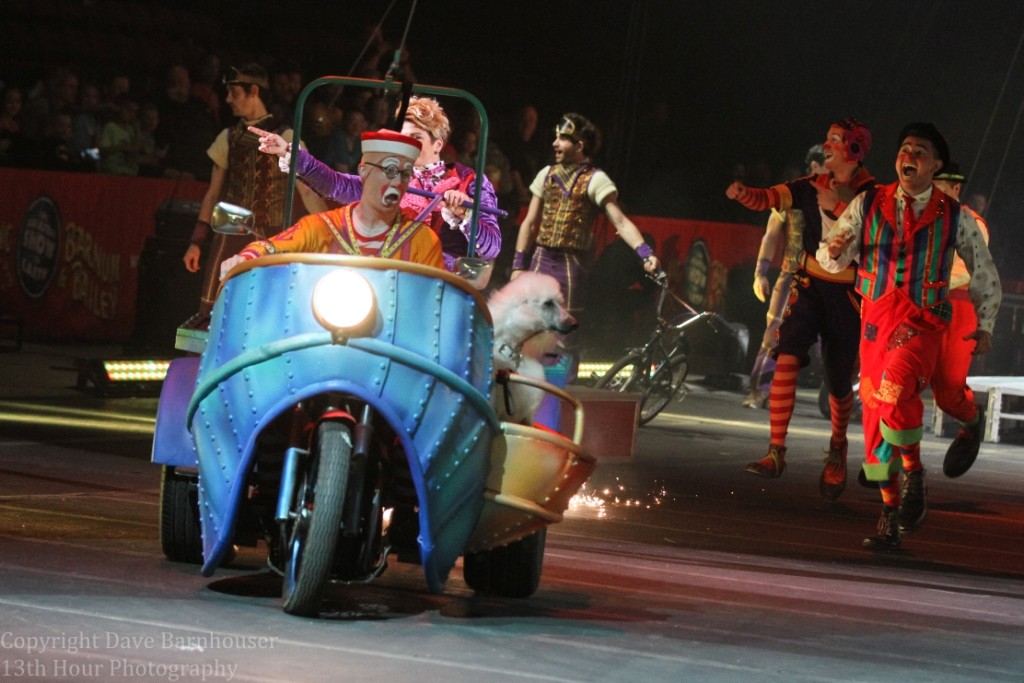 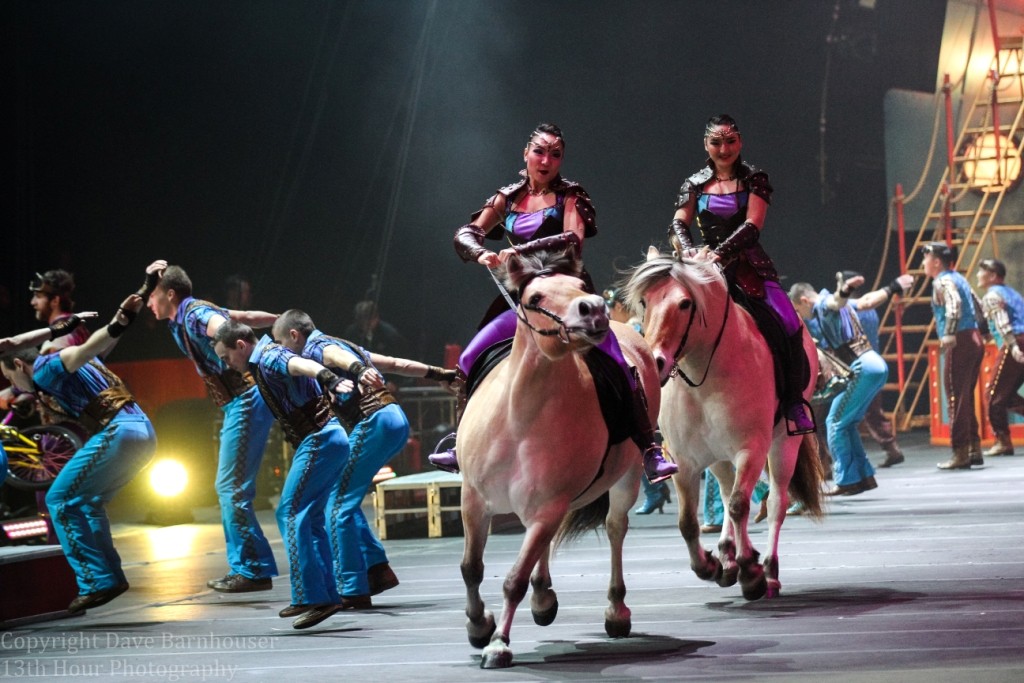 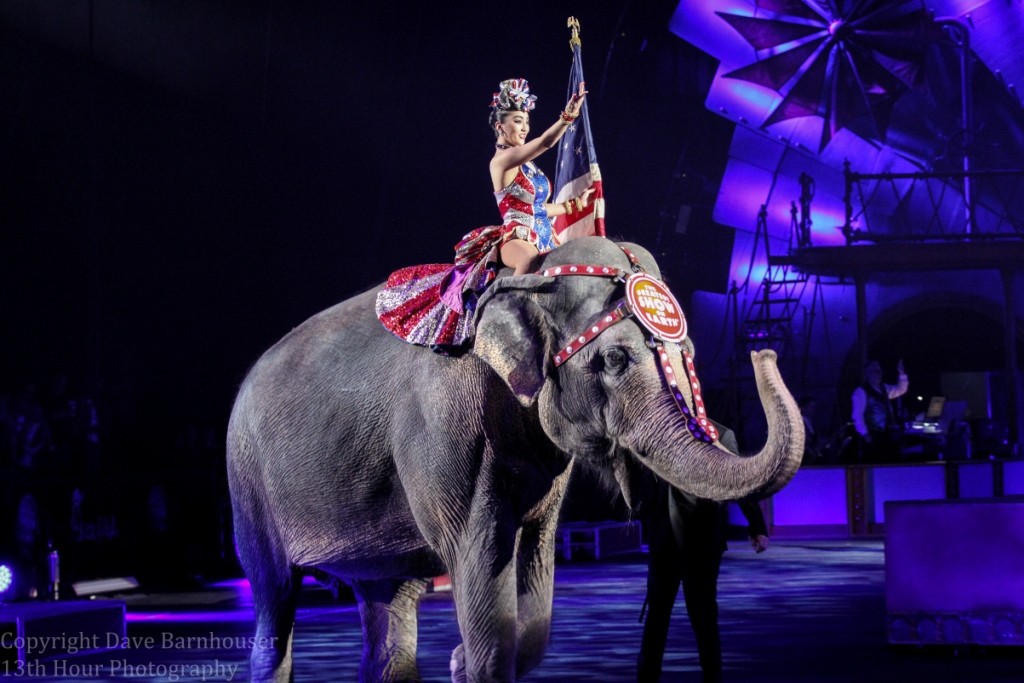 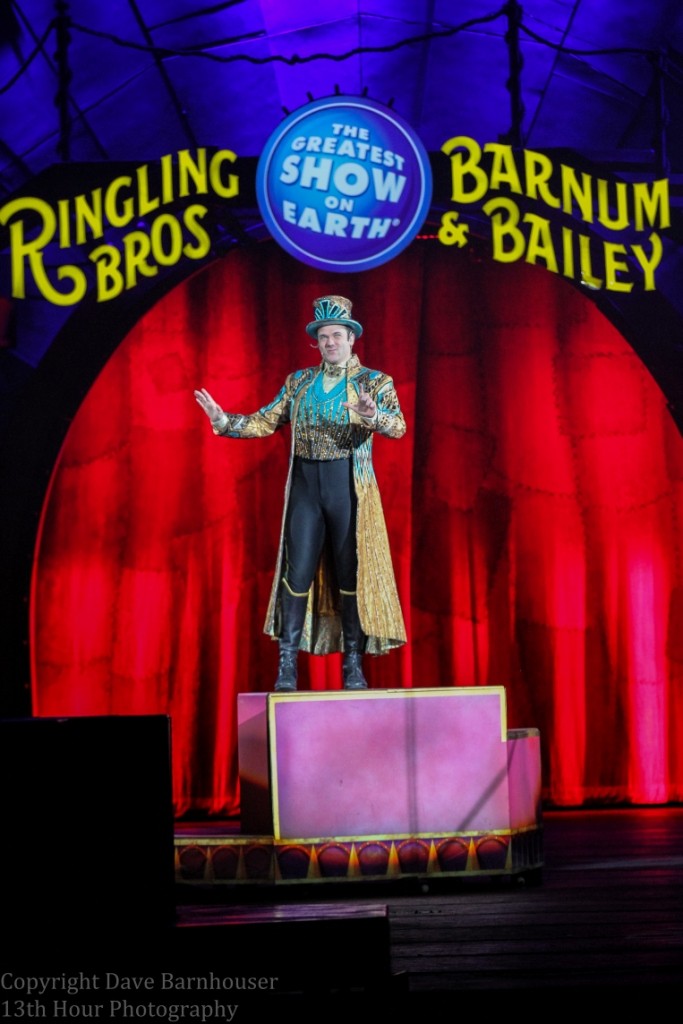 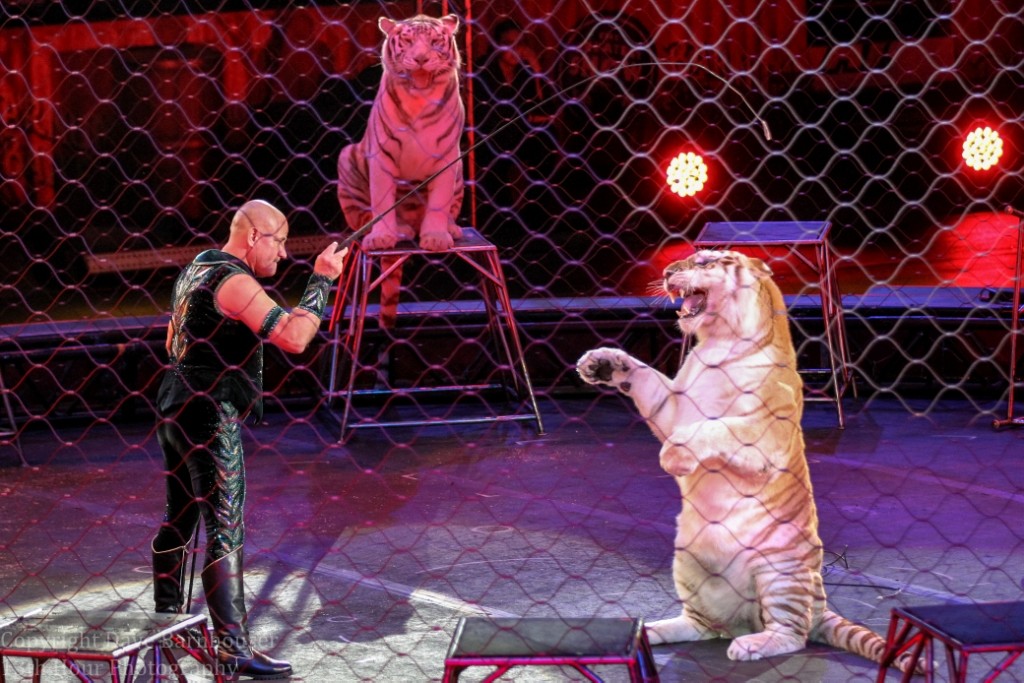 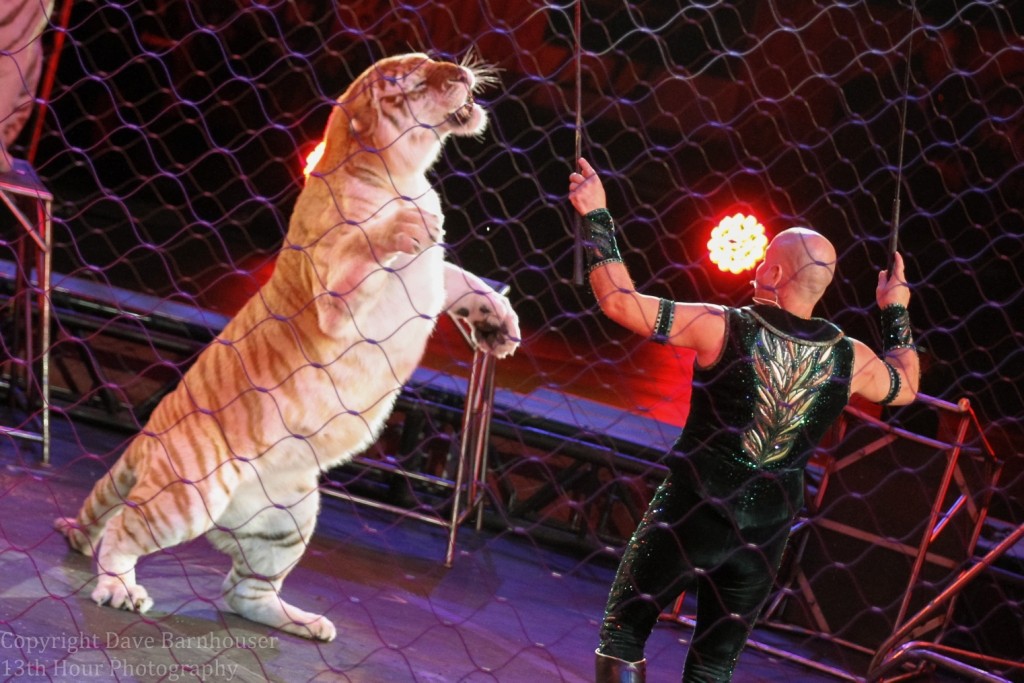 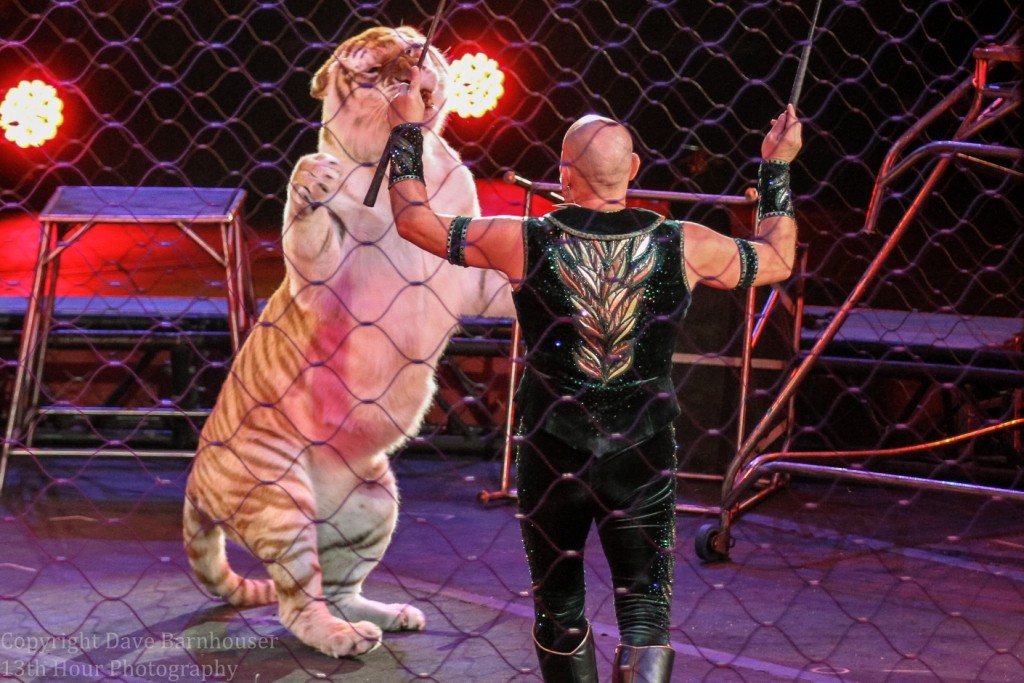 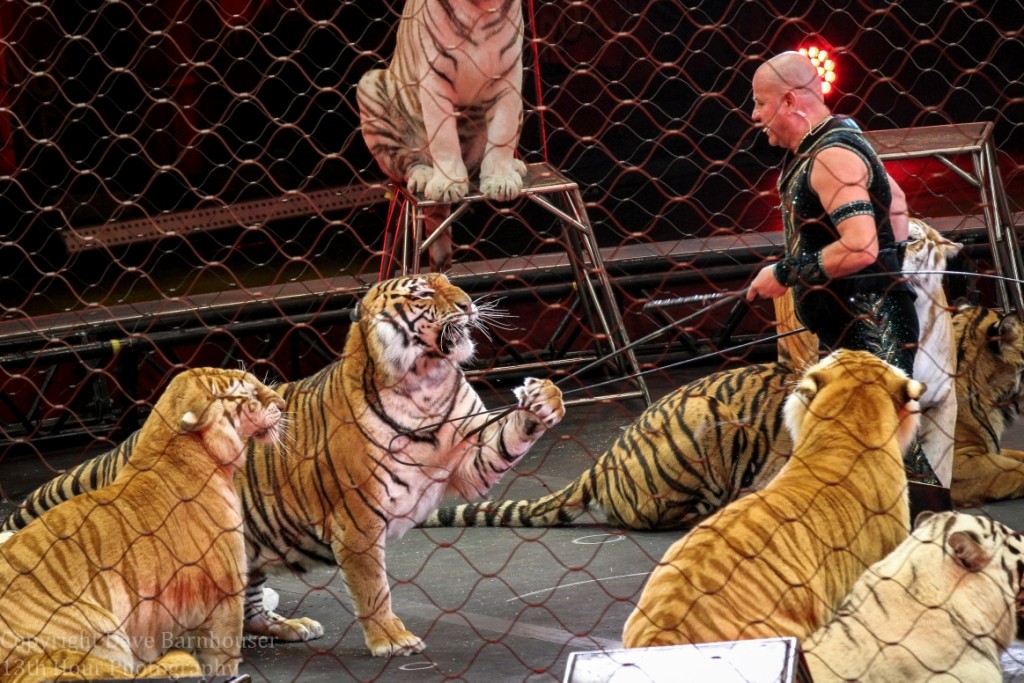 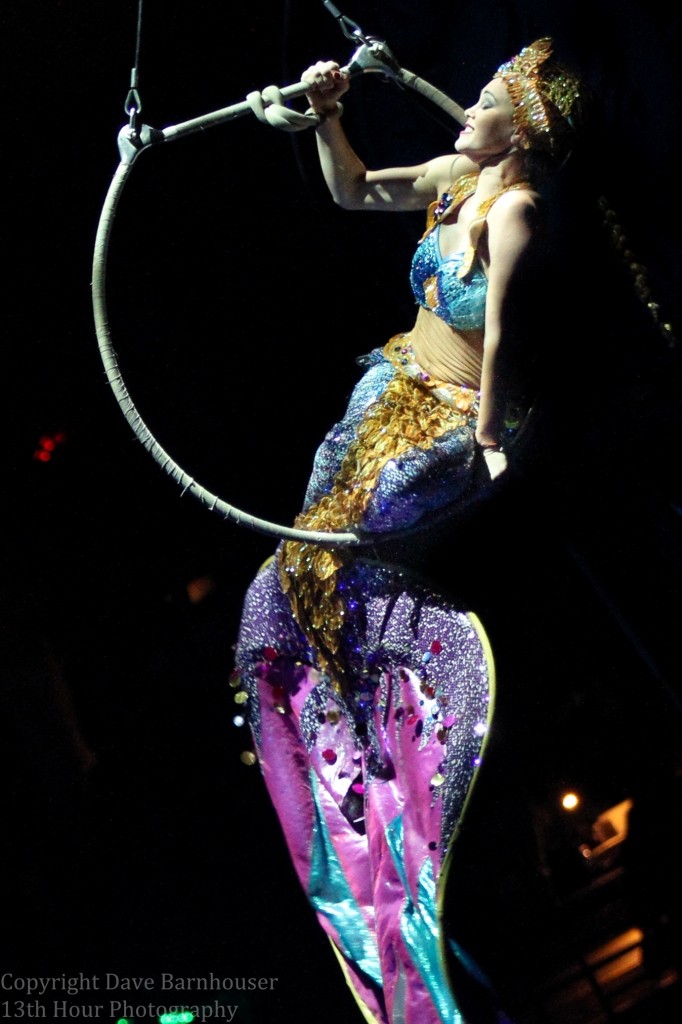