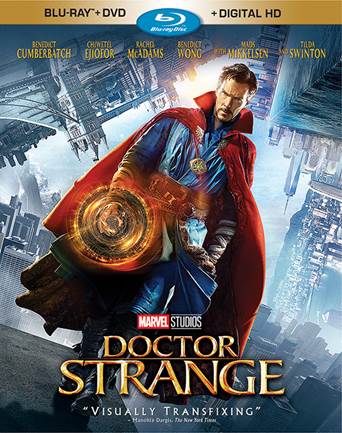 Doctor Strange is now available on Blu-Ray + DVD + Digital HD. We have a chance for our readers to win a digital download of the movie so you can check it our for yourself.

Marvel Studios’ “Doctor Strange,” the story of Dr. Stephen Strange, Master of the Mystic Arts, has mesmerized both audiences and critics, pulling in more than $658.3 million at the worldwide box office to date and earning a 90% critics consensus on Rotten Tomatoes. The biggest single-character introduction in the Marvel Cinematic Universe (MCU), it also carries on Marvel Studios’ winning streak as the 14th consecutive MCU film to debut at #1 at the domestic box office.